The Last and Seal of the Prophets

Who was Muhammad ﷺ?

The Greatest Man to walk this Earth.

The Prophet Muhammad ﷺ is the final Prophet in a long line of Prophets sent to invite people to the worship of Almighty God (Allah).

Join us as we see the true message, character and teaching of this great man, as he was called by Allah himself as ‘A mercy to all of the Worlds’. 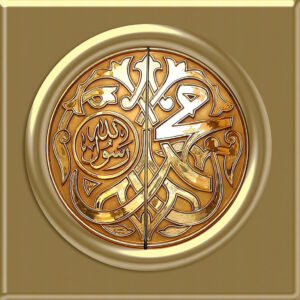 Take some time to read some of –

Reading about his life and story leaves a wonderful impact in someone’s life as it is full of moving and inspirational teachings in different aspects of life.

Below are some of them:

“There is no superiority for an Arab over a non-Arab, nor for a black over a white; except through piety.” Ahmed (23489)

“Show gentleness! For if gentleness is found in something, it beautifies it, and when it is taken out from anything, it makes it deficient.” Muslim (2594)

“The most perfect of the believers in faith are the best of them in morals. And the best among them are those who are best to their wives.” Ahmad (24204)

“My choice of Muhammad to lead the list of the world’s most influential persons may surprise some readers and may be questioned by others, but he was the only man in history who was supremely successful on both the religious and secular level.”

Michael H. Hart
The 100: A Ranking of the Most Influential Persons in History, 1978

“That marvellous and gifted teacher created a vast empire of new belief and new civilisation, and prepared a sixth part of humanity for the developments and reconciliations which later times will bring. For Islam must be conciliated; it cannot be thrust scornfully inside or rooted out. It shares the task of the education of the world with its sister religions.”

“He must be called the Saviour of Humanity.  I believe that if a man like him were to assume the dictatorship of the modern world, he would succeed in solving its problems in a way that would bring it the much needed peace and happiness: I have prophesied about the faith of Muhammad that it would be acceptable to the Europe of tomorrow as it is beginning to be acceptable to the Europe of today.”

“If ever a man ruled by a right divine, it was Muhammad, for he had all the powers without their supports. He cared not for the dressings of power. The simplicity of his private life was in keeping with his public life.”

Get to know the summarized

Timeline of His ﷺ Life

His Birth and Upbringing

Muhammad was born in 570 in Mecca, modern day Saudi Arabia, to a single mother whose husband died before she gave birth.

The Shepherd and Businessman

Muhammad went to live with his grandfather Abdul Muttalib, and spent two happy years with him, until he died when Muhammad was eight years old. As a young boy, Muhammad earned his living as a shepherd, a role he was later to speak about with fondness: “All the prophets of God were shepherds”.

A wealthy businesswoman named Khadijah requested Muhammad’s expertise in negotiating a business venture for her. On hearing the accounts of his generous and noble nature, she sent a proposal to the 25 year old man. Khadijah was a widow some fifteen years older than Muhammad, and had children from two previous marriages; she was intelligent, independent and kind. Muhammad accepted her offer.

In 610, Muhammad was aged forty. One night, when he again went to a secluded cave to be alone with his thoughts, he encountered an experience that would dramatically change his life, his society and the wider world.

“Read!” a voice called out to him. It was the angel Gabriel. Muhammad was frightened but responded he could not read –  indeed he did not know how to read or write. Again Gabriel commanded him to read, and a third time said “Read! In the name of your Sustainer. He who taught man by the pen that he did not know.” This was the first of many revelations that would come to him over a period of twenty three years.

Allah (Almighty God) had chosen Muhammad as his final messenger, the last in a line of many prophets before him, like Abraham, Moses, Joseph, and Jesus. All had brought the message of worshipping One God, of enjoining good and forbidding bad.

Muhammad had a great task ahead of him. He would come face to face with rejection, abuse, humiliation and even banishment from his own people. He had to overturn his society’s backward practices, instructing them to embrace a set of universal principles that would unite all the tribes, provide a benchmark for justice, would eradicate racism, encourage them in acts of charity, protect the vulnerable, abolish the rigid class system, raise the status of women to an honoured position, and bring everyone back to the belief and worship of one true God.

It was now 615 and the situation for the Muslims had not improved. Muhammad heard of a just and compassionate ruler in Abyssinia, a Christian king who might offer refuge for the Muslims and sent 100 Muslim men and women to be placed under the king’s protection.

The Quraysh, unable to break this small but growing band of Muslims, who were growing in number by the day, resorted to banishing them, forbidding any tribes to help them. An embargo that would mean starvation, deprivation and vulnerability. The embargo went on for three years, during which Muhammad and his companions retreated to the valleys surrounding Mecca to live a very difficult life.

The number of Muslims was growing, and along with it grew the need to live free of tyranny. Many people had embraced Islam in the city of Medina, some 200 miles from Mecca. Muhammad decided his companions should relocate to where they would enjoy the freedom of religious expression and the confidence of a being a real community. Agreements were made with the Jews, Christians and pagans of Medina, and all lived in protection, liberty and coexistence.

For the first thirteen years the Muslims were instructed in passive resistance, but a revelation now gave permission to fight those who oppressed them and had driven them from their homes.

Muhammad had set off with over three hundred Muslims to intercept a caravan in order to take more goods in compensation, but the Quraysh found out about his plans and sent a thousand-strong army. The Muslims were not prepared for war, but they were determined to face their enemies. They won an incredible victory in what came to be known as the Battle of Badr.

The conflict was not at an end however, and more wars took place between the Quraysh, their allies and the Muslims, the latter suffering many losses. Muhammad now had military and political power, sending a strong message that he and his people would not be trampled upon any further. As his influence increased, so too did attempts to assassinate him.

After years of hostility, power shifted towards Muhammad and the Muslims, and a treaty was finally agreed between the Quraysh and Muhammad, but this was violated by the former and Muhammad marched on Mecca in 630. But he took Mecca without bloodshed, peaceably and with dignity. Muhammad was in a position of power to seek revenge on those who had tortured and persecuted the Muslims, but he did not abuse his power, choosing instead to conquer Mecca with profound humility. His great mercy and compassion deeply impressed the tribes of Mecca, and a great number embraced Islam.

Muhammad, accompanied by one hundred thousand of his companions, performed the final pilgrimage of his life to the Kaba in Mecca. Standing on what is known as the Mount of Mercy, he delivered his last speech with messages that would resound through time. He spoke of the equality of humankind, of women’s rights, of fraternity, of doing good, of never oppressing anyone, of human rights and justice.

Soon after the farewell sermon, Muhammad fell very ill with a fever which weakened him greatly. Though frail, he led his last prayer in the mosque in Medina, and repeated again and again that the poor and the vulnerable must be treated well. His final moments were with his wife Aisha. He rested his head in her lap while she stroked his head. Suddenly she felt his head become heavier. He had breathed his last breath.

Muhammad caused a revolution in the space of twenty three years, shaping the course of history. His commitment to the enduring values of justice, freedom, fraternity, charity and equality carried a universal message that prevails to this day. What began as a small band of followers in seventh century Arabia has now grown to a global community of 1.5 billion, a fifth of the world’s population.

Muslims everywhere model their own lives on his behaviour, from prayer to politics, personal hygiene to community involvement. This one man continues to inspire millions of lives fourteen centuries after he lived.

We are ready to answer your questions!